San Juan, PR -The Puerto Rico Chamber of Commerce announced this year’s awarded entrepreneurs at their annual convention. Jason Borschow, chief executive officer for Abarca, was recognized with the Teodoro Moscoso Award which in the past has been handed to top entrepreneurs who have made an impact on the economic development of Puerto Rico.

“We receive this distinction with great honor and accept the challenge of serving as an example to emerging new companies on the island,” stated Borschow about the distinction. The award is named in honor of Teodoro Moscoso, the first administrator of the Economic Development Administration of Puerto Rico, known in Spanish as Fomento. 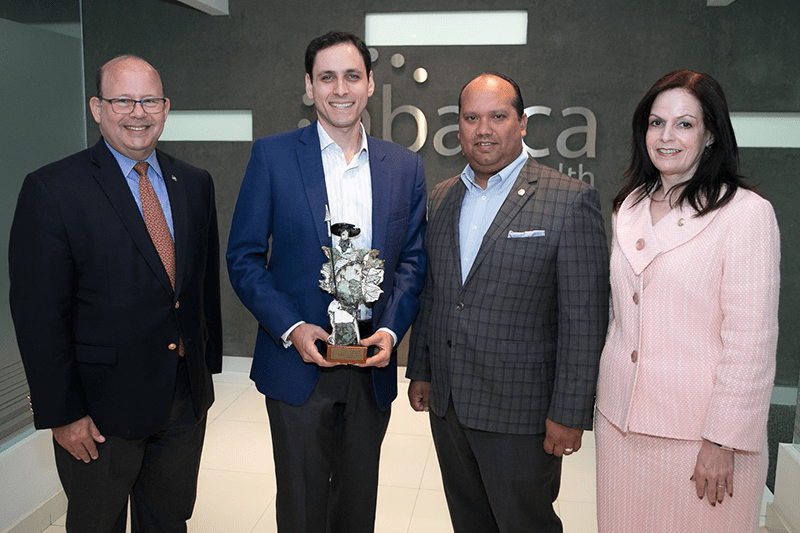 Moscoso was a former United States Ambassador to Venezuela, leader of the Alliance for Progress in the 1960’s, and the visionary official behind the economic transformation of Puerto Rico in the 1950’s as a result of his plan Operation Bootstrap. Thanks to Moscoso in just two generations Puerto Rico became a world-class location for manufacture, and the region’s hub for finance, transportation, and industry. The average per capita income in Puerto Rico was $120 per year in 1940 and is today more than $24,020 — the highest compared to Latin America. That is why the Teodoro Moscoso Award is an honorary award bestowed by the Puerto Rico Chamber of Commerce only to business leaders with outstanding contributions to the economic transformation of the island.

The Chamber of Commerce of Puerto Rico is a non-profit organization created to support the development of entrepreneurship, innovation, and business expansion throughout Puerto Rico and the U.S. mainland. It provides comprehensive resources for incubating business ideas, leveraging new markets, taking advantage of new opportunities, and advocating for policies that help the economy grow.